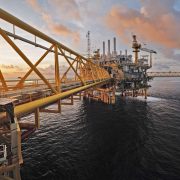 Germany installed 42% of the EU’s new wind power capacity in 2017, a year that saw the industry installing more supplies than any other form of energy across the European Union, according to fresh industry statistics published on Tuesday (13 February).

15.7 GW of new wind power capacity was installed in the EU during 2017, representing 55% of total new power capacity added last year in Europe, according to WindEurope, a trade association. This an increase of 20% over 2016.

Germany led the pack, with 6.6 GW new wind power capacity installed in 2017, or 42% of the EU total. The country also registered the highest annual increase of wind energy in its electricity demand – from 16% to 20% year-on-year.

Giles Dickson, the CEO of WindEurope, said the record 2017 performance was further evidence that wind power is now mainstream and “delivers bang for your buck”.

However, he also warned the record year also reflected the fact that a “lot of the new projects were ‘pushed through the gates’ to benefit from feed-in-tariffs and other old support schemes while they still applied.”

“Despite the strong figures, the medium and longer term outlook for wind is uncertain.  The transition to auctions has been messier than we hoped. And crucially we lack clarity from many governments on their ambitions for renewables post-2020,” Dickson said in a statement, calling on EU policymakers to adopt a 35% target for renewables to be reached by 2030.

“A 35% target is not just affordable, it’s economically desirable,” Dickson said. “The wind industry has shown it can deliver. Now we need policy-makers to deliver as well.”

China International Petroleum & Petrochemical Technology and Equipment Exhibition (cippe) is an annual gathering of petroleum and petrochemical industry. With a magnificent exhibition space of around 90,000 sqm, 18 national pavilions, 1,800 exhibitors and over 110,000 professional visitors from 65 countries and regions, cippe has become the largest petroleum exhibition in the world.

The World Gas Conference is the most important global gas industry gathering of influential leaders, policy-makers, buyers, sellers and experts. Conducted since 1931 by the International Gas Union (IGU), the triennial event aims to raise the voice of natural gas while offering timely updates on strategic, commercial and technical issues facing the entire gas value chain.

The 27th World Gas Conference (WGC 2018) takes place in Washington DC from June 25-29 and offers the most comprehensive and diverse program to date for the natural gas industry. For the first time ever this includes topics for professionals working in sectors including finance, trading, law, sustainability & renewables, policy & Government and many more. View the interactive online program.

WGC 2018 is proud to host over 600 of the industry’s most senior speakers from all over the world, including US Secretary of Energy Rick Perry, and CEOs from global companies including Chevron, ExxonMobil, Qatar Petroleum, Gazprom, BP, Total, ConocoPhillips and Shell to name a few.

Safety of Equipment, Services and Personnel in Explosive Atmospheres

The Conference will be held at:

Please find the conference event brochure below for the programme of events: