Virtual workshop “Offshore Klaipeda”: over 150 participants from Lithuania and abroad 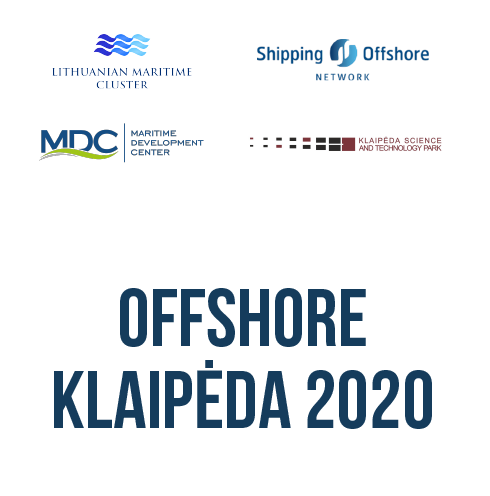 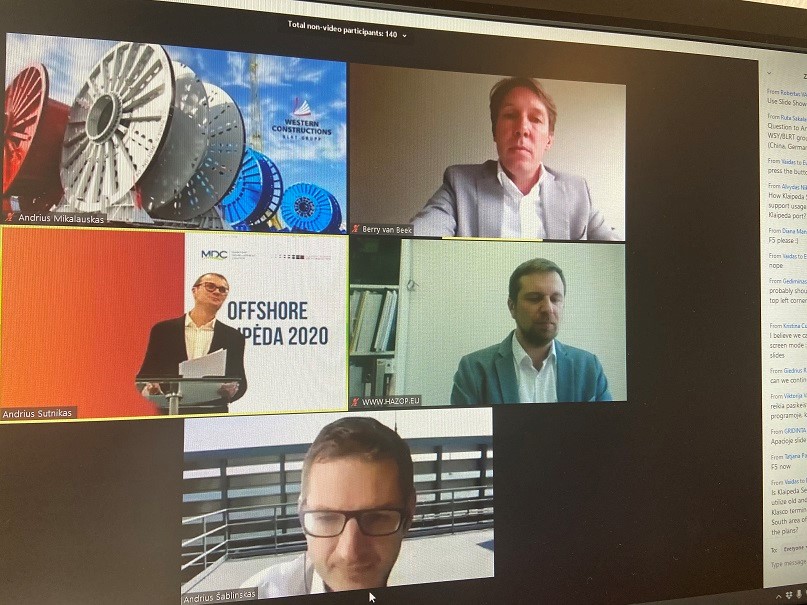 The Offshore Klaipeda online event brought together international audience to discuss about the new opportunities emerging together with the ambition to develop 700 MW wind farm in the Baltic Sea, nearly 30 kilometres from the Lithuanian shore.

Virtual workshop was attended by participants from Lithuanian and foreign business companies, government and science institutions.
Rytis Kėvelaitis, Vice-Minister of Energy stated in his presentation that further development of the project is already underway. In the next phase, another 700 MW capacity would be installed. Total potential of wind production in the Baltic Sea is almost 3.4 thousand MW.
“We must make every effort to ensure that the production and assembly of wind turbines would be established here in Lithuania. Today, when cargo volumes are limited, Klaipeda port is able to attract new cargo and create added value. The emergence of such activities in Klaipėda also means new jobs and additional income to the state budget. The Port Development Council asked us to find areas where the assembly of wind turbines or the production of their components can be developed. We identified several potential areas in the port where it is possible to collect or produce wind power plants”, – said Algis Latakas, Director General of the Klaipėda Port.
Programme of the virtual workshop also featured presentations by Western Constructions (Western Shipyard BLRT Grupp), Klaipeda University, Lithuanian Wind Power Association, Lithuanian maritime cluster partners Emerson, Schneider Electric, experts from Aker Offshore Wind, Lautec and DNV GL.

BARTEC NASP – New TR CU certificate for lighting fixtures.
Scroll to top
We use cookies on our website to give you the most relevant experience by remembering your preferences and repeat visits. By clicking “Accept All”, you consent to the use of ALL the cookies. However, you may visit "Cookie Settings" to provide a controlled consent.
Cookie SettingsAccept All
Manage consent